Gilewicz created a series of caricatures, primarily in New York City, using a subject’s distinctive features, or peculiarities, to impart exaggerated effects as the individual appeared on the street, in a club, restaurant, or at home. Most of the caricatures were drawn in public places, such as in bars, on trains, in restaurants, and in parks, and were then sold extemporaneously on the streets of New York City. Currently, depictions can be seen in a large advertisement at the Europa Club In Green Point, Brooklyn, New York, and also in the “Whimsy Blue Gallery ” in Las Vegas, Nevada, and in Shibuya Restaurant in Tokyo, Japan. Many of Gilewicz’ caricatures are in private collections. 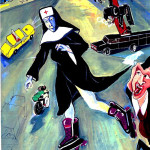 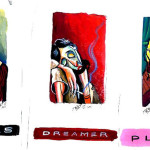 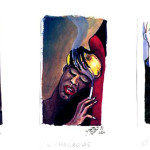 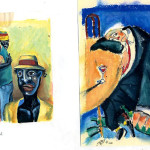 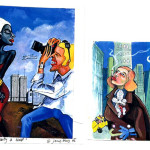 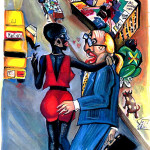